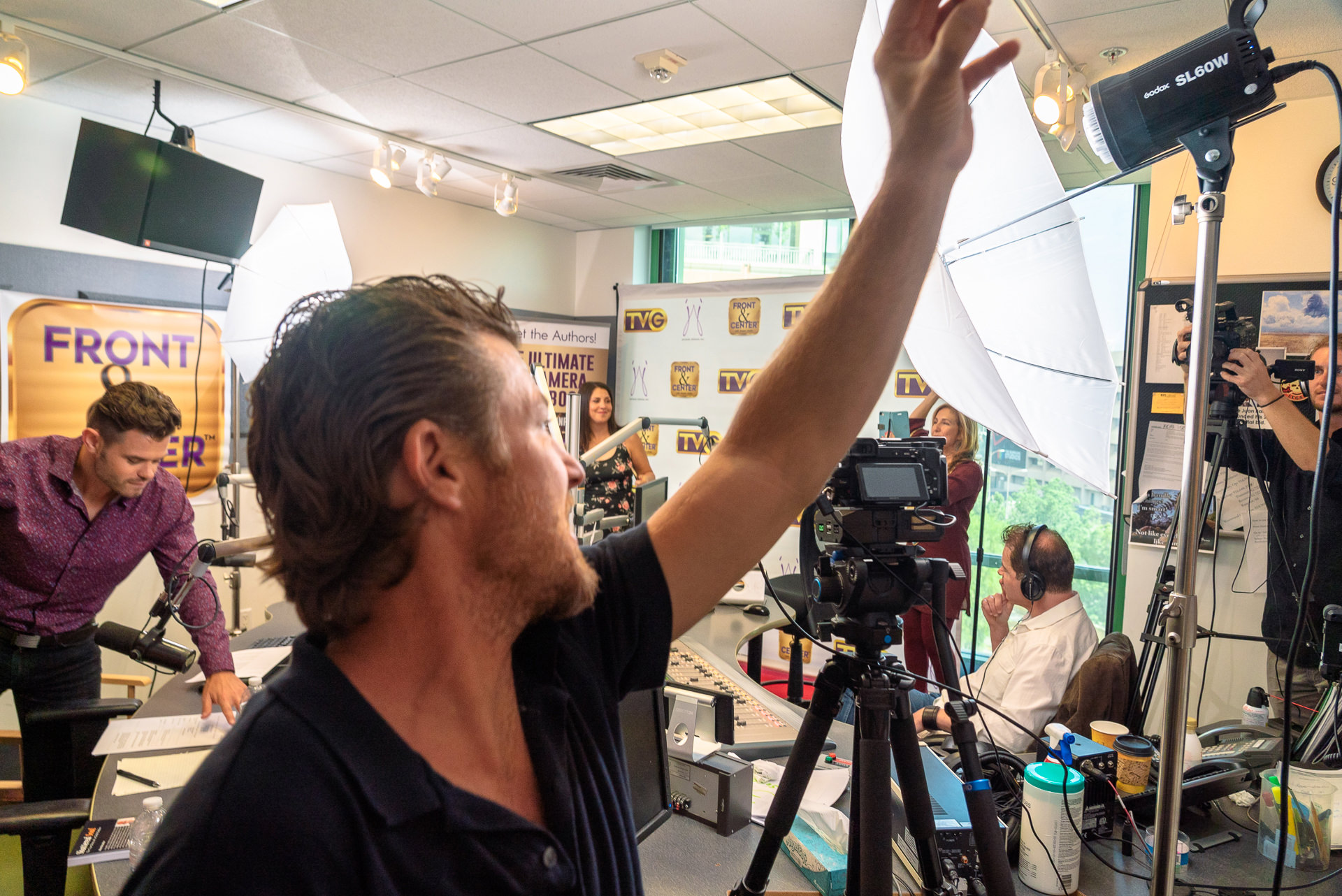 This is the show where we talk about the change agents, storytellers, and activators behind the scenes making impact, now “Front & Center.” Hosted by Jacquie Jordan, Two-Time Emmy Nominated TV Producer, New York Times Bestselling Publisher and Three-Time Author. With co-host: Phillip Andrew Barbb, Two-Time Emmy Nominated TV Producer and author of the upcoming book, All the Reasons I Hate My 28-Year Old Boss. With co-host: Stephanie Cobian, TV Producer, Writer, Coordinator and VP or Media Services at TVGuestpert.

Filmed at the iHeart Studios in Burbank. 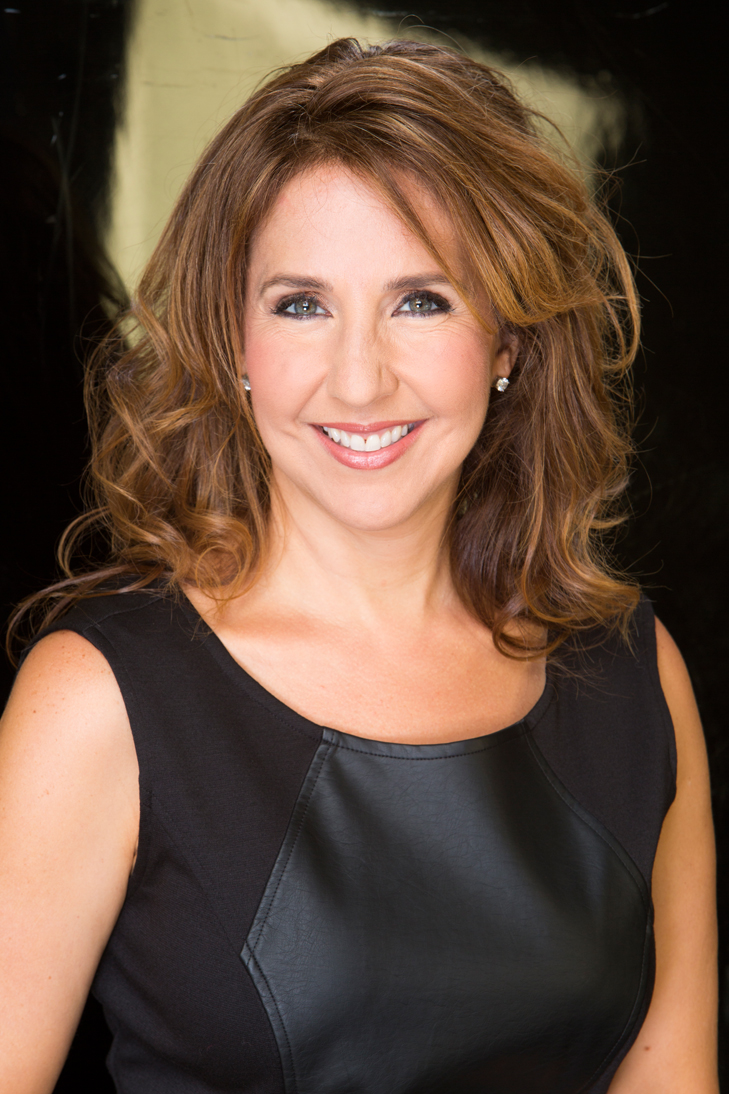 Jacquie Jordan is the founder of the fifteen-year-old Silicon Beach-based TVGuestpert, TVGuestpert Publishing and TVOnCameraTraining.com. TVGuestpert is a media development company that raises the profile of the Guestpert in the media and grows their client’s core business.  With TVGuestpert, Jacquie works with businesses on their branding, promotion, marketing, producing and development, as well as their on-camera execution.

Jacquie has been involved in booking, supervising or producing as many as 10,000+ television guests. Her reign has come from successfully launching and executing many syndicated daytime programs and cable shows. Known for her ability to find the heart of any story, Jacquie garnered her second Daytime Emmy nomination for Best Show on Donny & Marie (Sony Pictures Television).

Simultaneously, as Executive Producer, Jacquie launched the copy-cat formula of Shootout for the TVGuide Channel, Square-Off with a focus on the television industry hosted by Andy Wallenstein and Brian Lowry of Variety. Jacquie vetted the best the industry had to offer – from NBC head Ben Silverman, Shonda Rhimes to known television stars like Jon Cryer and Mark Harmon.

As a New York Times Best Selling Publisher, Publisher’s Weekly is quoted as saying, “Jordan seems to have succeeded at her goal as laid out on the TVGuestpert website,” when talking about the success of The TVGuestpert Publishing orchestrated, The Art of Having It All hitting the coveted list.

As a published author of the new, The Ultimate On-Camera Guidebook: Hosts*Experts*Influencers (TVGuestpert Publishing 2019), along with her previous books, Get on TV! The Insider’s Guide to Pitching the Producers and Promoting Yourself! (Sourcebooks 2006) and Heartfelt Marketing: Allowing the Universe to be Your Business Partner (BurmanBooks 2010), she has been featured in Entrepreneur Magazine, Selling Power Magazine, Feedback Magazine, Emmy Magazine, and the cover of Woman’s World Magazine. As a commentator on television regarding the business of the industry and pop culture, Jacquie’s appearances include Fox Reality, Good Day New York, Fox, ABC Family, CBS’s Big Shot Live, TV Guide Channel, CBS Evening News, FX and countless radio shows.  Jacquie is a graduate of the University of Delaware, with a B.A. in Communications and a minor in theater. 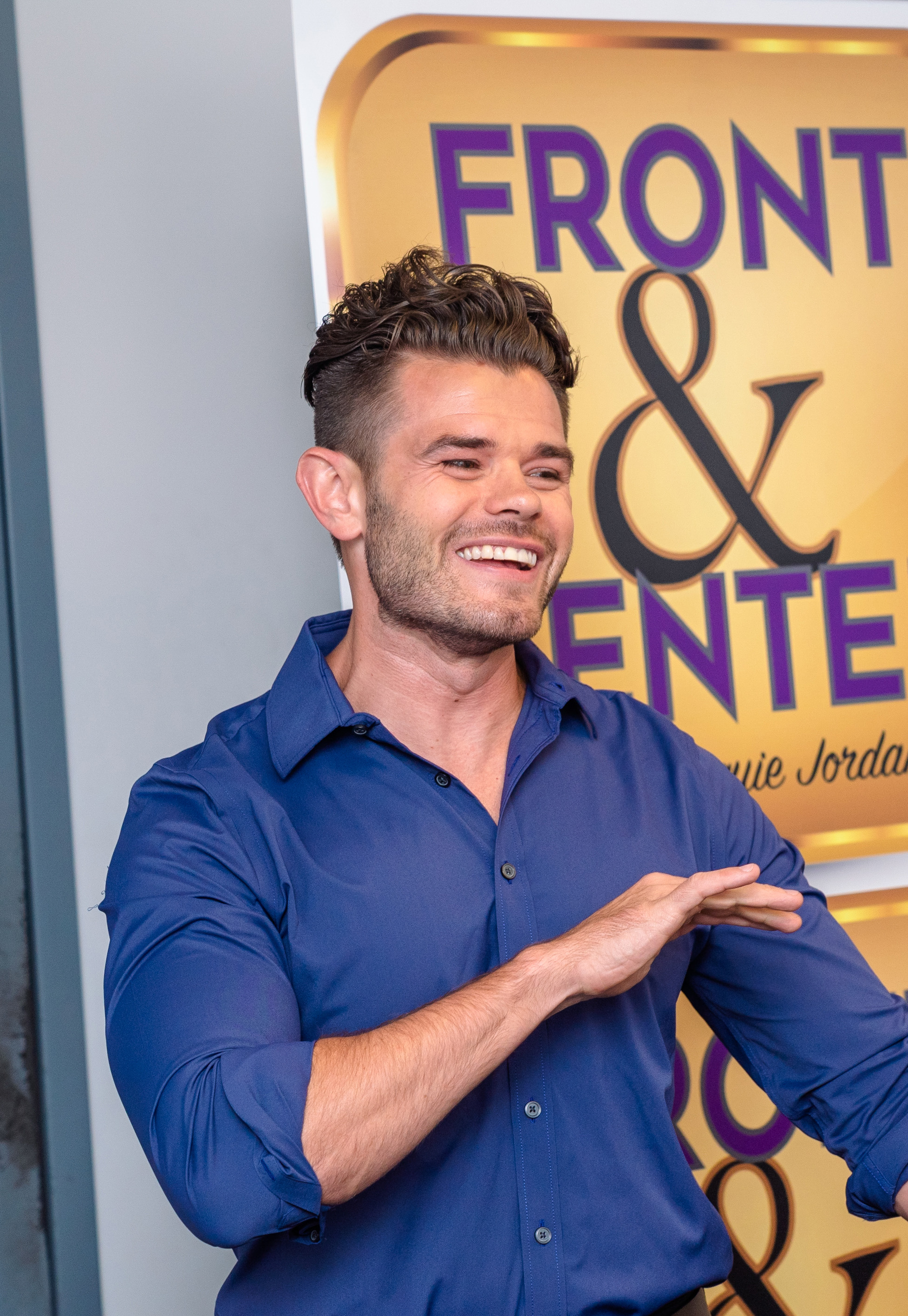 Originally from Metro-Detroit, the Michigan State University graduate moved to Southern California in 2009 and has since worked in all stages of the Unscripted TV process including development, casting, production, camera operating, story producing, and editing.

As a coach, Phillip Andrew has worked with actors, hosts, authors, experts, and business owners to establish their brands, develop on-camera techniques, and become more effective communicators both in front of and behind the camera. He teaches his clients how to marry their expertise and passion with their vulnerability and authenticity to create truly lasting results in their industries.

As a Producer on the popular psychology show Mind Field (12 million subscribers; YouTube Red), he was honored with a Daytime Emmy Nomination for Outstanding Educational Programming. 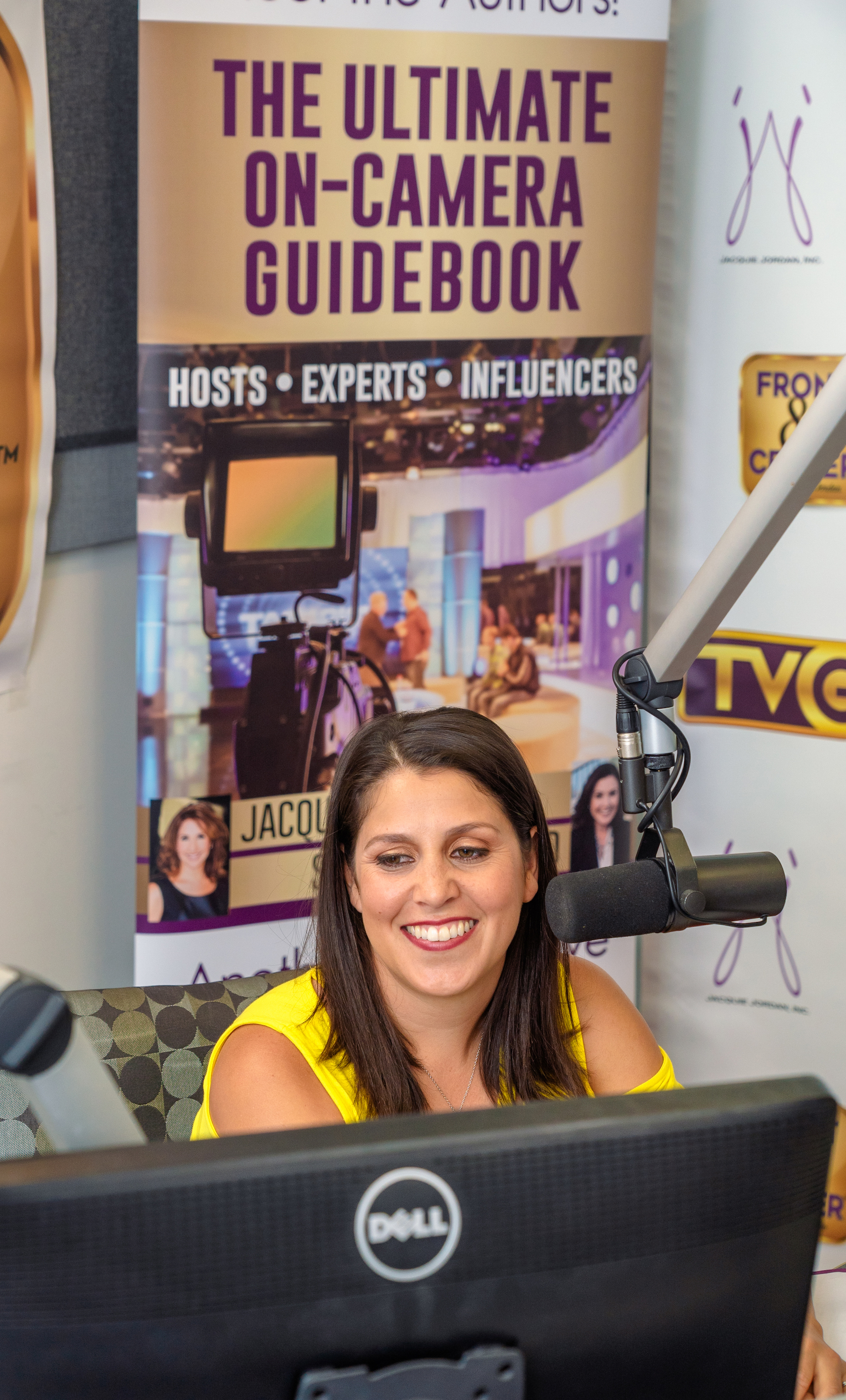 Stephanie has booked, prepped and produced Guestperts for national radio and television appearances, host auditions, and studio development pitch meetings.  She is in the trenches with the producers and the experts working out the details of content and elements to provide the most effective, informative and entertaining appearances.

Her contribution at TVGuestpert is in project managing the details of the Guestpert/Author books from manuscript to publication which gives her firsthand experience and support in launching their brand in the media.

She leads many of the creative teams at TVGuestpert by working with all the Guestperts on a variety of their projects, including content development, creation of press kits, producing of demo reel/ speaker reels, catalogs, website development, and producing their radio shows, as well as acting liaison to the bookings department at TVGuestpert and to casting agencies and studio development teams worldwide.

Stephanie has held positions with “Project: Hollywood Cares” and with IBN Sports where she was in charge of streaming live football games and other events on the internet.  As writer, she won the student film award for best ‘short’ documentary titled “The Do-it-Center” filmed in Agoura Hills right before she graduated with a BS in Cinema and Television Arts with an emphasis in television from California State University Northridge. Stephanie resides in Los Angeles. 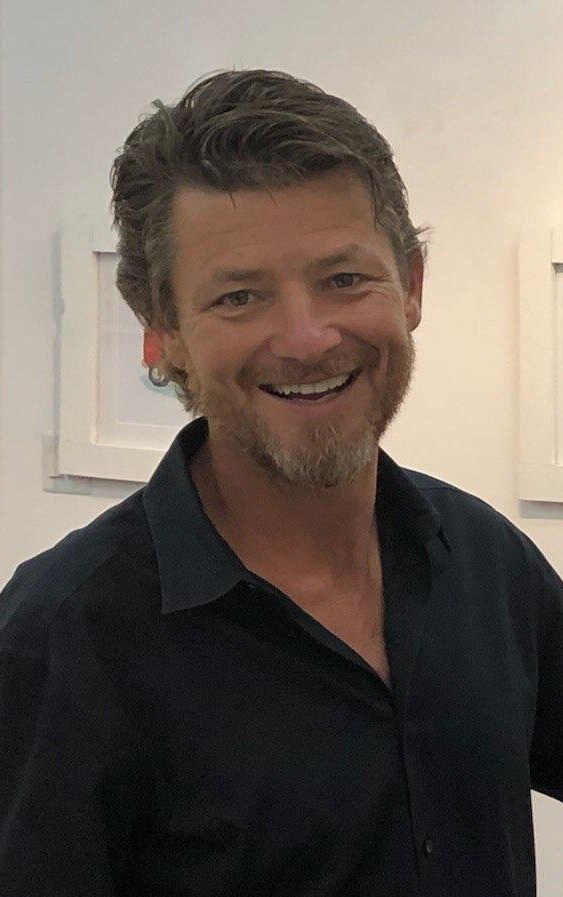 In Chinese signs Scot was born under the sign of the dog,
He believes and lives the American Dream championing the under dog with a focus at this part of his life as the CEO of Cooper River Entertainment, a company proudly promoting music, sports, and arts.

In living out his dream, the evolving entrepreneur nineteen-years-old Scot, started buying investment properties this he turned into over the course of a decade a “Multi” million dollar electrical contracting company, ST Electric starting his own legacy as a 3rd generation union member where Scot honed his life’s work. Growing regional client accounts such as Exelon power, Auto Zone, HMS Host and many other business chains.  Scot sold the legacy of his business to his prodigy, a hard working Turkish Immigrant who is equally, talented, and committed in maintaining the vision and results of the company.

Having been frustrated by South Jersey’s Union business methodology which directly harassed Scot amd his non union contractions company and
Inspiration from Scot’s Grandfather, Gabriel Guglielmo  a World War II Veteran and Purple Heart recipient, who fought for taxpayers rights, Scot was inspired to run for the United States Congressional Seat as an Independent in District 1 in the state of New Jersey in 2014, activating his philosophy of “Don’t Complain, Create Change.” 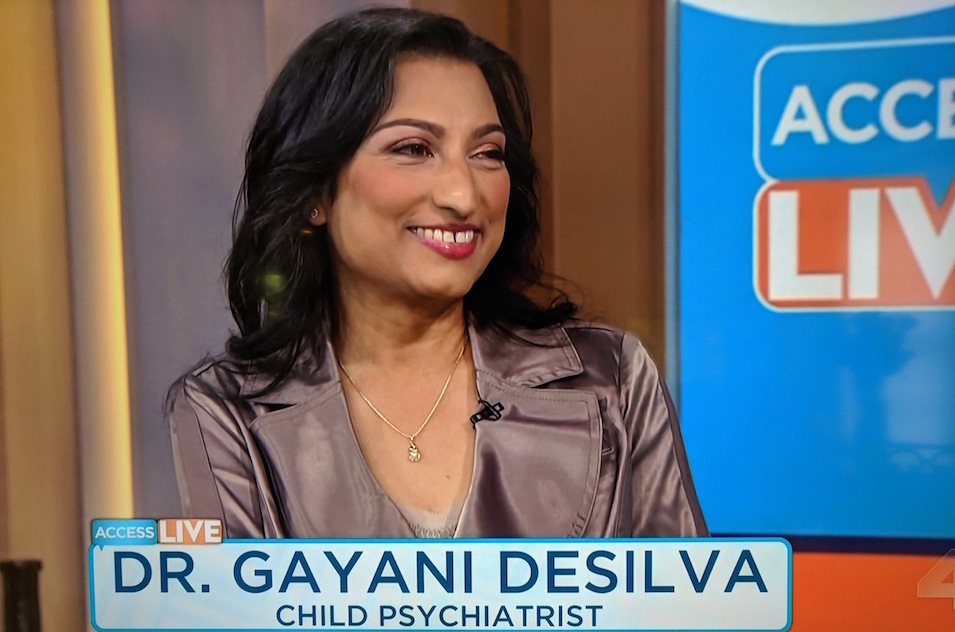 TVGuestpert is a media development company where we raise the profile of our Guestperts in the media to grow our client’s core business. 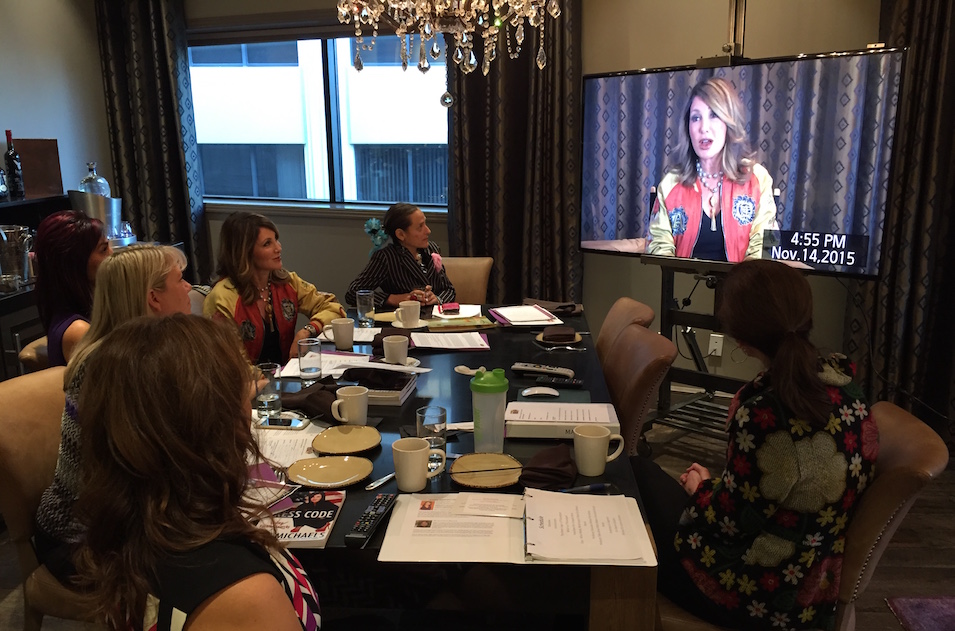 Meet the Producer and be a celebrity Guestpert. Even professional athletes and singers continue to receive coaching, support, and direction as they showcase their craft. Join TVGuestpert for an intensive platform development luncheon. 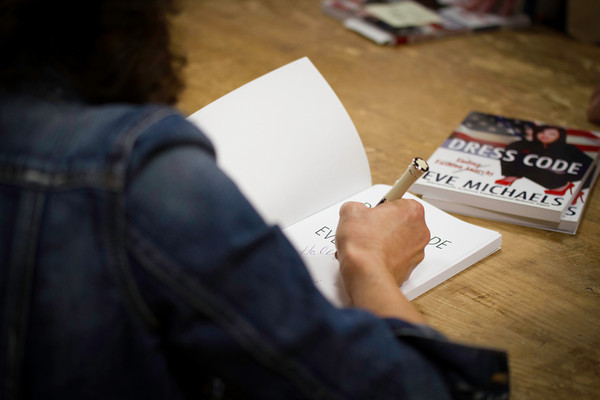 TVGuestpert Publishing can get your book onto bookstore bookshelves in 6-9 months. Ghostwriting also available to help you write your book.